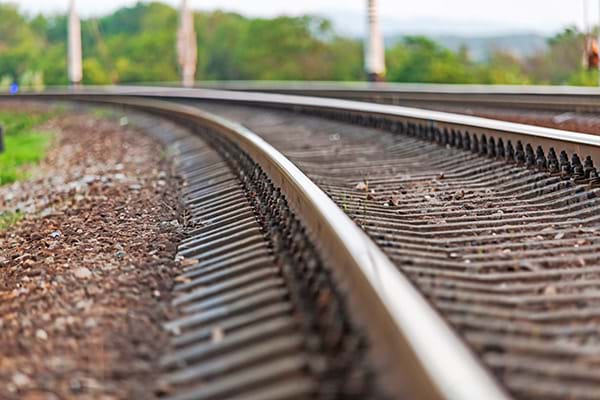 Once in a while something happens that should not happen. This happened a late night in February 2011 at Fredericia Station, where two IR4 trains from DSB (Danish State Railroad) burned – luckily without any people getting hurt.

While fire-fighters fought the fire a group of people were standing in front of the trains talking. And even before the fire was put out they had a plan for how the severely damaged trains were to get back on the tracks.

Focus on economy, service, and environment

We live in a culture where we throw out and scrap without a thought. When two almost 20 years old trains burn it is natural to think that they are to be thrown out immediately and replaced by new ones. Anybody who has seen how two so burned out trains as the ones in Fredericia look would think it was profoundly stupid to try and save them. It is indescribably damage.

Nevertheless there are people whose finest task is to save what seems to be thrown out. There are three good reasons for this. Firstly it is a financially good solution. Secondly it takes a long time to deliver a new train which mean reduction of service to the passengers when trains are missing on the tracks. Then it is faster to repair. Thirdly it contributes to protect the environment to save material which is not ready for replacement.

Time is a decisive factor

The day the IR4 trains in Fredericia were in flames, there were - among the people standing and talking in front of the burning trains – people from DSB, their insurance company as well as people from two central companies in the forthcoming work to save the trains – DSB Vedligehold (DSB) and AREPA.

Department manager at AREPA, Mads Krogh, tells that the first thing to happen after a fire is put out is to decide what should happen to the damaged material. Is it saveable? But as soon as this was clear that the trains should be saved and when the insurance company had given their GO, then it was just to get started.

As Mads says: ”it is all about making a plan as soon as possible. The more hours it takes from the fire starts till we start saving the pieces – the worse it is. Most people think that the fire itself is the worst – but that is rare. What is done is done. But the consequential damage if we the experts not get to work lightning fast, is on the other hand often bad. I think especially of the corrosion that can occur if we do not dehumidify the damaged parts right away”.

A puzzle for the advanced

The trains burned Friday and already the night to Saturday they were brought up to the Bombardier location in Randers, where DSB stays. Here Service Manager, Torbjörn Jonsson met them.

He tells: ”It was quite a sight that met our employees –two completely wrecked trains. After all it is unusual that we have a train that is so wrecked and even if it is a sad sight then professionally it is a little exciting”.

DSB started with leaving the scene for the people at AREPA . AREPA has great experience in treating fire-damaged material. First of all it is all about stopping the emergency by getting the dehumidification started very quickly! Therefore DSB initiated the dehumidification right away. After that it was all about getting into the body of the train. Torbjörn continues:

”I have a team of mechanics, electricians, engineers, and the first thing they have to do after a train fire like that is to disassemble the trains and get into the plain body –the aluminium itself. You have to take out all the parts, mark them and send the parts which need cleaning to Silkeborg, where AREPA has its office. As AREPA restores the parts they are returned to us. Our task then is to clean and restore the big lines in the trains, getting the new parts in, finding the missing parts etc. In brief – doing the big puzzle”.

You see it is a big challenge to find all the parts for a train that is almost 20 years old. So while DSB were searching among previous sub-suppliers and other mysterious places, AREPA has worked all the way down to circuit board level to save single parts. Mads tells:

”Once in a while you cannot find the pieces again. Unless it is something that melted away completely most of the times we can fix it. Then we sit with the circuit board, cleans it and changes spare parts. It looks like Gyro Gearloose work and sometimes it is – but it works. In IR4 trains the most important thing to save was all the electronics, because they do not just have that on stock – most of it is almost 20 years old and irreplaceable”.

The co-operation between DSB and AREPA is in other words unique. Because while DSB is good at the hard work then AREPA is specialists in what – with Torbjörn’s word – is thingy level As Torbjörn says: ”None of us could have solved the assignment alone – but in co-operation”.

Back on track again